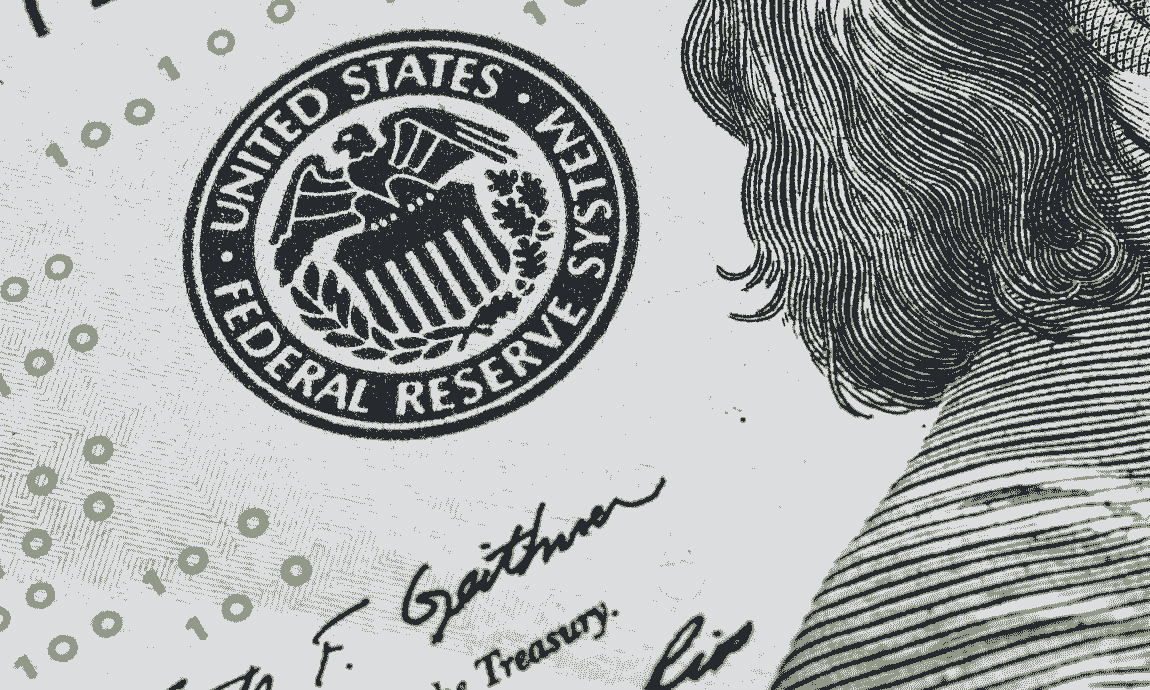 The world’s largest and most significant central bank, U.S. Federal Reserve decided on Wednesday to raise its benchmark interest rates by 75 basis points in its most aggressive rate hike since 1994 to curb rampant inflation that is running at a 40-year high of 8,6% in May. 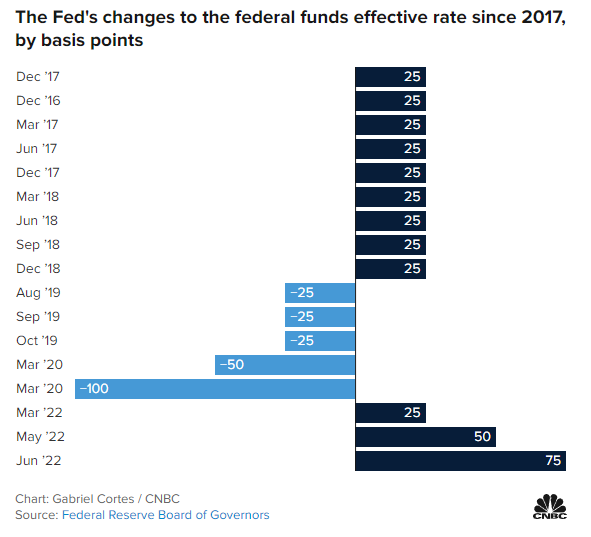 At the conclusion of its two-day policy meeting on Wednesday night, the Federal Open Market Committee agreed to raise its benchmark funds rate by 0,75% to a range of 1.5% to 1.75% — the highest since just before the Covid pandemic began in March 2020.

The Fed Chairman Jerome Powell speaking in his post-meeting news conference said that the 75-basis point increase is an unusually large one, and he does not expect moves of this size to be common.

Yet, Powell left the door open for another rate increase of that magnitude (a 50 or 75 bps rate hike) in the next central bank policy meeting in July (a decision based on incoming economic data), and he concluded by saying that Fed’s goal is to achieve a “soft landing of the economy” in which the central bank brings down inflation towards 2% without causing a recession and undermining its employment mandate.

On top of it, the central bank expects the Fed funds rate to increase by another roughly 175 bps over the next four policy meetings to end 2022 above 3%, while the so-called dot plot forecast released by the Fed indicates that the midpoint of the target range for the fed funds rate would go to 3.4%.

Hence, the Fed also significantly cut its outlook for 2022′s economic growth in the United States, now predicting just a 1.7% gain in GDP, down from 2.8% projected back in March. Inflation projections also rose to 5.2% for 2022 from 4.3%, but the Fed expects that to tick lower in 2023.

Overall, the Fed’s monetary policy tightening is happening with economic growth already tailing off as we mentioned above while consumer prices still rising to a 40-year high, a condition known as stagflation.

Wall Street cheered the Fed’s rate decision, with the tech-heavy Nasdaq Composite ending the session by jumping 2,5%, the industrial Dow Jones gaining 1%, and the S&P 500 index ending up nearly 1,5% as investors looked favourably on the central bank’s tougher stance against inflation and ahead of another 50 or 75 bps rate hike in July.

On the energy side, Brent crude lost more than 2% yesterday to $118/b, the WTI fell to near $116/b as investors worry that the U.S rate hikes will decrease the economic growth and the petroleum demand.