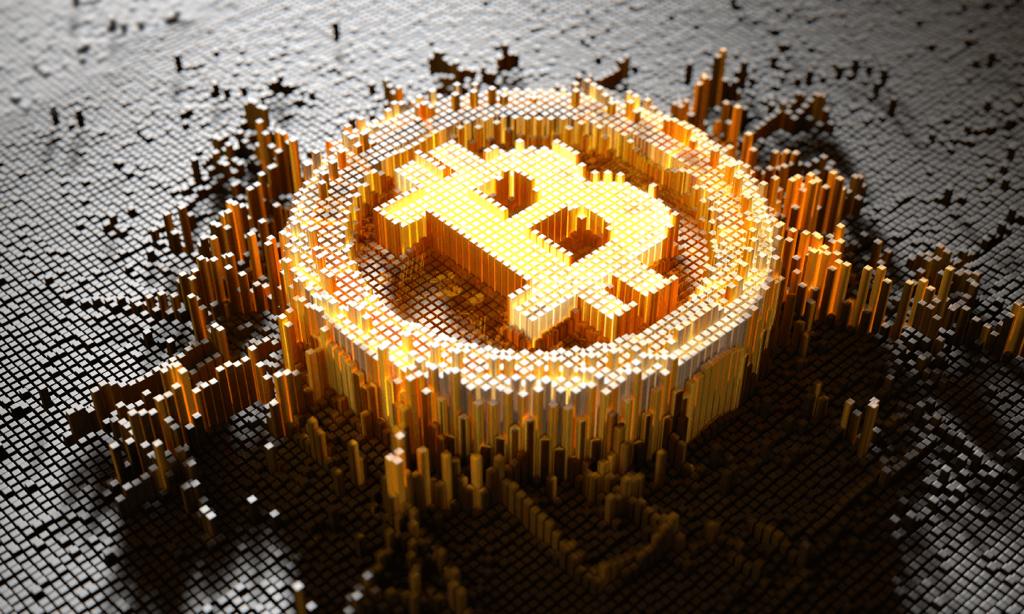 The cryptocurrency party extended during the weekend, with Bitcoin climbing to a fresh record high of $49.700 on Sunday, while rival crypto Ethereum hit new all-time high of $1.840 on Friday, elevating the total market value of all cryptocurrencies combined near $1.3 trillion.

Bitcoin has rallied more than 1200% since a low of $4.000 in last March, while it gained 60% since the start of 2021, amid the surging demand from institutional and retail investors driven from the massive cheap liquidity, zero interest rates, record-low bond yields and speculative trading.

The Crypto believers claim that the current rally is different to the Bitcoin’s 2017 bubble-rally that saw its price climb near to $20,000 before collapsing as low as $3,000 the following year, mainly on the huge buying interest from the institutional investors and the adoption of Bitcoin as a payment method from the mainstream corporates.

Ethereum, the world’s second-largest cryptocurrency by market value of $200 billion, hits a record high above $1,800 on Friday, up 130% in 2021, after its futures begun trading on the Chicago Mercantile Exchange last week, following the introduction of the Bitcoins futures in 2017.

Institutional investors have become more confidence to invest in the crypto space after the launched of Bitcoin and Ethereum derivatives in the CME. The crypto-focused derivatives products increase the financial instruments for the more sophisticated investors to hedge their risk against positions that they may be holding on the underlying asset (Bitcoin-Ethereum).

Crypto investors said another factor potentially boosting Ethereum price was the start of a major upgrade to the Ethereum blockchain, called Ethereum 2.0, which would make Ethereum faster and more secure.

Bitcoin, which is the world’s widely adopted cryptocurrency with a market cap of over $880 billion, has become a store of value for some institutional investors, such as Hedge and Pension Funds who view it as a potential safe-haven asset like gold, as an attractive investment asset with potential value growth in the future, and as an alternative to a cash position in their portfolios.

Hence, the portfolio managers use the Bitcoin as an attractive hedge tool against inflation and fiat-currency depreciation which are driven from the massive monetary and fiscal stimulus from Central Banks and local governments around the world to face the economic damages of the coronavirus crisis.

Retail investors, who do not want to miss out the action, have also jumped into the cryptocurrency market using some small online retail brokers such as Revolute and Robinhood. The retail traders coupled with Reddit-driven small size traders have attracted from the market momentum, the speculative fever, while they are racing to capture some of the fast and wild gains in the crypto market.

Wall Street giants such as Goldman Sachs, BNY Mellon, JP Morgan, and others have already started engaging directly or indirectly in the crypto market to help their clients own and trade digital assets.

BNY Mellon, America’s oldest bank and a major custody provider, said Thursday that it would begin financing bitcoin and other cryptocurrencies. The company will eventually allow crypto assets to pass through the same financial network it currently uses for more traditional holdings like U.S. Treasury bonds and equities.

The BNY Mellon event is huge for the crypto market, as the custody services are a key part of the financial system, as they ensure clients’ financial assets are held securely. It would remove a security risk as the cryptos are not maintained by a central authority like a bank, meaning investors often have nowhere to turn if their funds are lost or stolen.

Mastercard and PayPal have also expressed interest on start supporting select cryptocurrencies directly on their networks later in 2021. Mastercard already has existing partnerships with prominent crypto payment firms Wirex and BitPay but currently requires a conversion of digital currency payments back to fiat currencies on its network.

Furthermore, some tech titans such as Amazon and Twitter have been exploring how to transact in and support digital currencies, including payments to employees and vendors with digital tokens. Amazon would allow customers to convert their cash into digital currency for online purchases of goods and services.

The price of Bitcoin has gained more than 20% since the electronic vehicle maker Tesla via its CEO Elon Musk (which is the world’s richest man) announced last week in regulatory filing that it has invested $1.5 billion into Bitcoin and plans to accept the digital token as payment for purchase a Tesla car in the future.

The Elon Musk’s announcement was a kneejerk reaction for the crypto market, with Bitcoin, Ethereum and other small cryptos exploding higher by more than 15% in a single day.

Another bullish price catalyst for the Bitcoin, is that it has designed from its founder Satoshi Nakamoto (back in 2008) to have a fixed supply of 21 million coins only, underpinned by a blockchain-based digital ledger distributed across computer networks.

Meanwhile, it is believed that the ownership of approx. 7-8 million coins (20+% of all Bitcoins) have effectively be lost (market value beyond $35 billion in today’s prices) as some early owners have lost their digital wallet’s security key without the availability to be revealed.