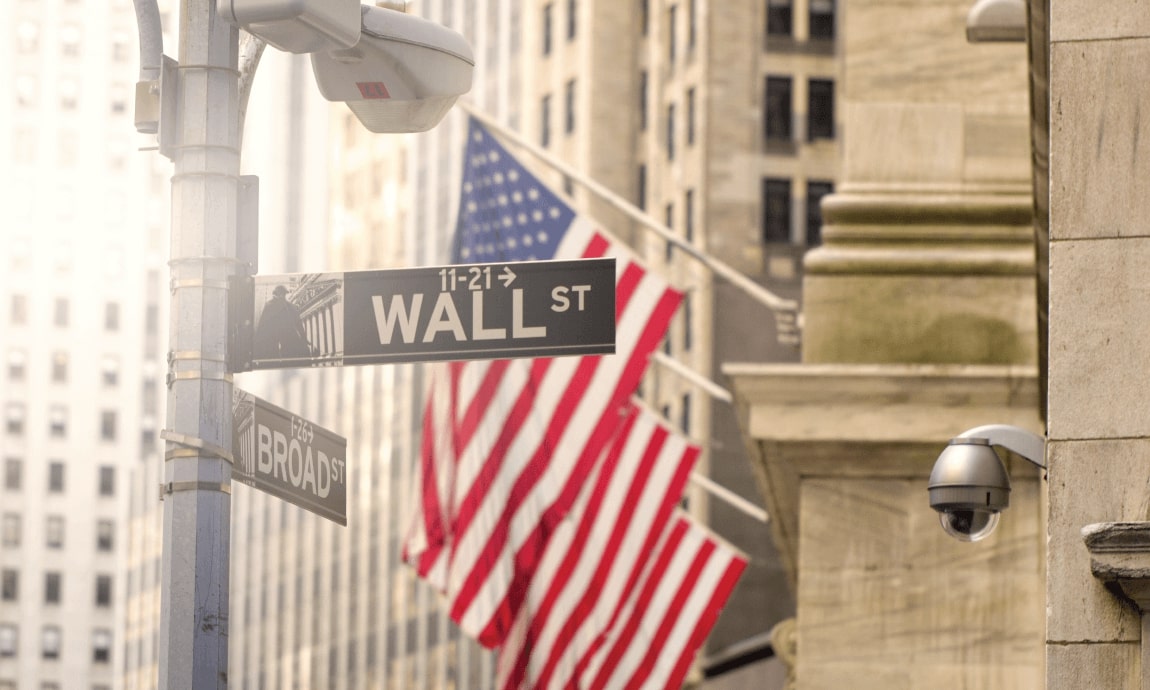 The prospect of a slower pace of Federal Reserve monetary tightening and the better-than-expected Q2 earnings reports improved the risk appetite on Wednesday, with major indices settling at session highs, at a time the DXY-U. S dollar index was falling to a 3-week low of 106.

The tech-heavy Nasdaq Composite rallied 4%, led by solid gains in the tech giants Alphabet, Microsoft, Meta, and Amazon on solid Q2 earnings reports followed by a 2,6% gain in the S&P 500. At the same time, the industrial index Dow Jones finished the session adding 430 points, or up 1,4%. The highlight of yesterday’s session was the much-expected 75 basis points interest rate hike by the Federal Reserve to a range of 2,25%-2,50%, to curb the 41-year high inflation that climbed to 9,1% in June.

Overall, the Fed has now lifted rates by a total of 150 bps in two meetings in a row (June and July), posting the fastest pace since the early 1980s, and its steepest interest rate hikes in a generation.

However, investors cheered the less hawkish comments from Fed Chair Jerome Powell- in a press conference after the conclusion of the two-day FOMC meeting- who dropped guidance on the size of the Fed’s rate move at its next monetary meeting on September 21, which it would be dependent on the data such as inflation, employment, spending, production, and other economic indicators.

That, in turn, heightened the possibility that the central bank could soon slow the pace of hikes, and a peak in U.S. interest rates is near, which has already mirrored the retreat of dollar and bond yields from their recent multi-decade highs.

Investors were also encouraged after Powell noted that he doesn’t believe the U.S. economy is currently in a recession as many areas of the economy are performing too well.

The U.S. GDP reading is expected later today to show barely an expansion after first-quarter GDP declined by 1.6%. The definition of a recession assumes two consecutive quarters of negative GDP readings.

Powell's remarks have been taken by investors as a confirmation that the policymakers understand that the higher rates to fight inflation could have an impact on the economy and push it into recession.

U.S dollar fell on hopes for a slower hiking path:

The DXY- U.S dollar index - which tracks the greenback against a basket of six major peers- dropped to as low as 106 mark on Thursday morning, its lowest level since July 5, 2022, following the less aggressive rhetoric on rate hikes by Fed’s chair Powell.

Hence, the growth-sensitive currencies such as Australian and New Zealand dollars rallied to $0,70 and $0,63 respectively yesterday, Euro rose to $1,025, Pound Sterling advanced up to $1,22, while Bitcoin rallied 8% to the $23,000 mark, responding positively to the Federal Reserve's latest rate hike.

The weaker dollar also gave a boost to the dollar-denominated commodities, with gold bouncing off recent weekly lows to near $1,750/oz, the Brent oil climbing above $108/b, while the U.S.-based WTI oil is reapproaching the $100 key level, receiving support also from the solid gasoline demand in States.