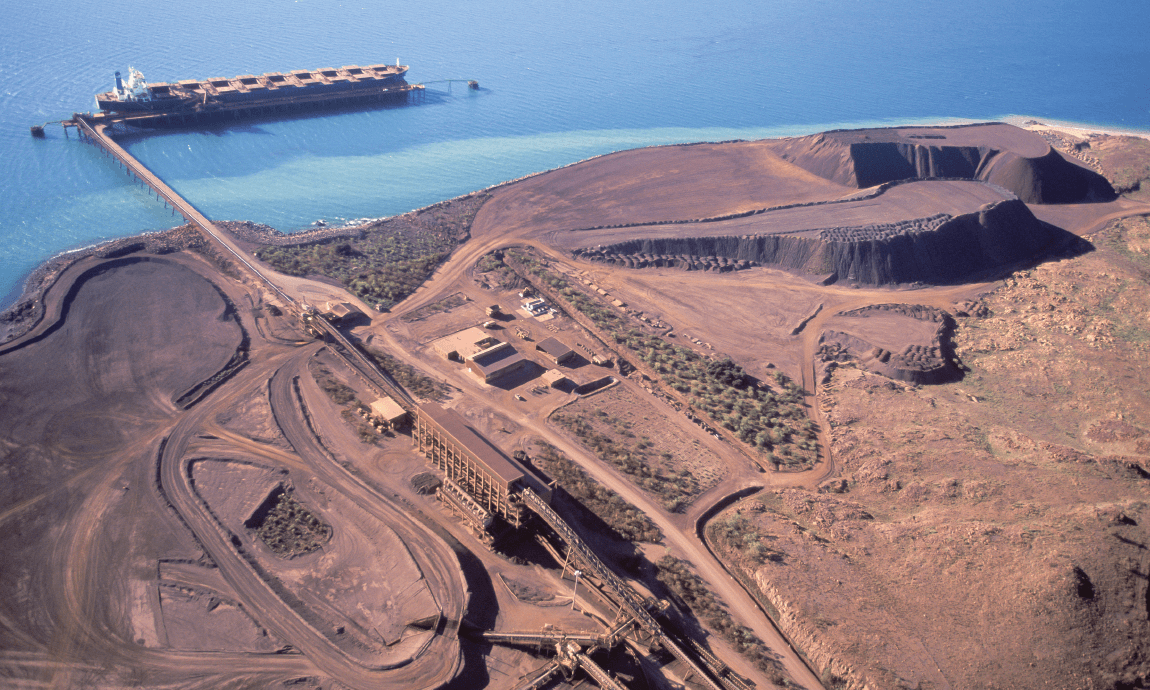 The price of Iron ore slumped to as low as $95 per ton on Tuesday morning, falling for a fifth day after the reports that the Chinese daily steel output in October dropped to the lowest since March 2020 on the back of falling steel demand, production curbs mandates, oversupply issues, and power cuts in steel factories. 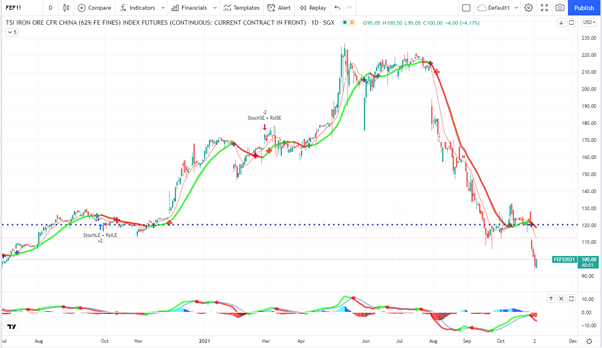 Iron ore has dropped off a cliff since summer, losing nearly 55% of its value after prices peaked at a record high of $230 per ton on May 12,2021, when China-the largest metal producer and consumer in the world, increased efforts to cap annual steel output from smelters across the country in response to unacceptable emissions ahead of Winter Olympics in Q1, 2022.

According to local reports, steel, cement, and coking plants in the steel hub of Tangshan city were recently ordered to cut production following a heavy-pollution alert coupled with an effort from the government to control the soaring coal prices used in the smelting process.

Hence, Iron ore prices pressured amid oversupplied dynamics since inventories at major Chinese ports have been building up since July, while shipments from major miners in Australia and Brazil have been stable at relatively high levels.

On top of that, steel products consumption has also declined in China following the Evergrande-led property crisis, since steel has been a basic construction material.

China's efforts to ensure blue skies during the Beijing Winter Olympics over Feb. 4-20, 2022, has also cast a shadow over the steel industry. The country's push to curb pollution could translate to steelmakers having to limit output yet again, but this could cushion any price fall.

Smelting iron ore is an energy-intensive process and has also serious effects on the environment, producing wastewater and slag and releasing such toxic metals as copper, silver, iron, cobalt, and selenium into the atmosphere. Smelters also release gaseous sulphur dioxide, contributing to acid rain, which acidifies soil and water.

What is iron ore?

Iron ores are rocks and minerals rich in iron oxide that can produce metallic iron when smelted. Due to the nature of the iron oxide present in iron ore, they can range in colour from dark grey to a deep red. The iron in such ores is commonly found in the form of magnetite, hematite, goethite, limonite, and siderite.

The basics of smelting Iron ore:

Smelting is the process of extracting iron from iron ore by heating it at a temperature of 1,300 degrees to produce the chemical reactions needed to remove the other elements present and leave the pig iron base behind, which is converted into steel.