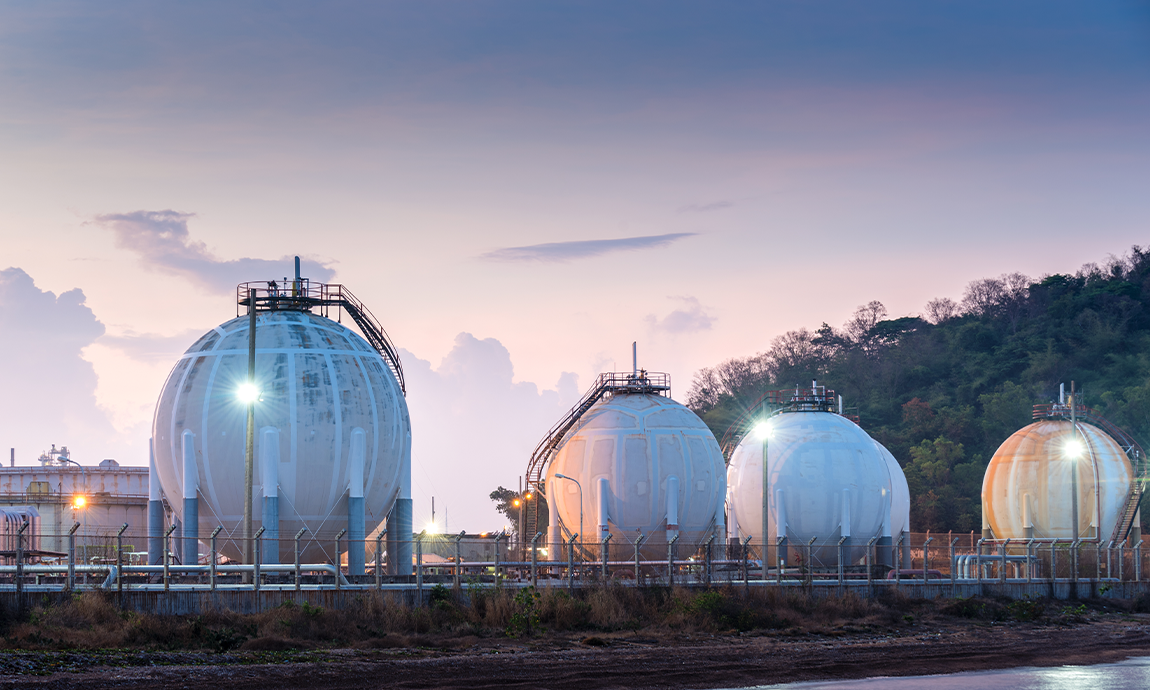 Global natural gas and power prices dropped nearly 10% on Thursday after Russian President Vladimir Putin announced that Gazprom would export more gas to Europe in November to ease an energy supply crunch ahead of the coming winter heating season.

Following a videoconference between President Putin and Gazprom Chief Executive Alexei Miller Russia’s president told the executive to start “gradually” filling its own natural gas underground storage facilities in Europe (Austria and Germany) from November 08, a day after it completes the gas filling in Russia.

The gas storages sites in Western and Central Europe are almost empty (due to a chilled 2020 winter season and unexpected low Russian supplies) at a time of year when they would normally be brimming.

The report for that long-awaited additional gas supplies from Russia was a bearish catalyst for the global gas and power prices as it should ease supply tightness in Europe, where surging power prices boost inflationary pressure.

The U.S-based Henry Hub Natural Gas benchmark lost nearly 8% yesterday with the price breaking below the $6 support level, settling to near to $5,50/MMBtu.

Similar picture on the rest of gas prices around the world, with the UK and Dutch natural gas benchmarks losing nearly 10%, while the Asia-based LNG Japan/Korea marker futures tumbling 5% as well.

Europe-wide natural gas benchmark “Dutch TTF” gas futures (The Title Transfer Facility, more commonly known as TTF, is a virtual trading point for natural gas in the Netherlands) fell to as low as 70 euros per megawatt-hour (MWh), losing more than 20% since Monday and almost 50% since topping €130/MWh record high on October 06. 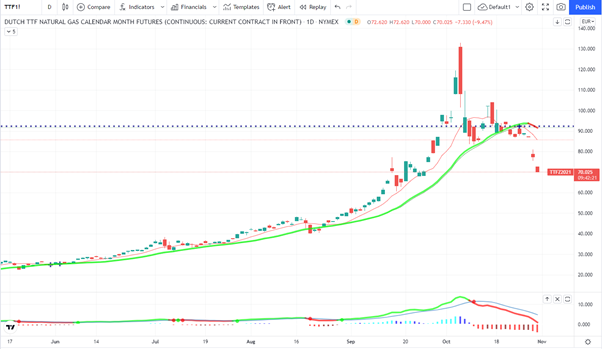 Dutch TTF gas benchmark has a mirror effect with the electricity prices in Europe since natural gas has been the major contributor to EU power production, being the second largest source for electricity generation in 2020 with 23%, after nuclear power with 26%.