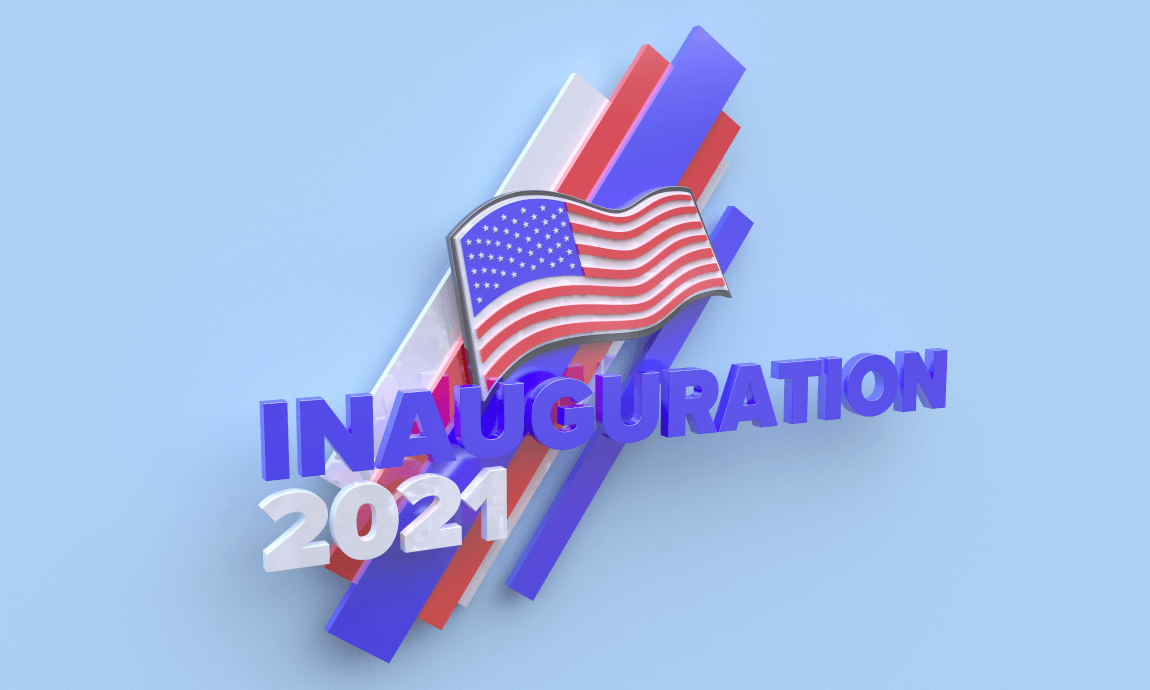 The “Biden-Harris” inauguration has completed the most violent power transfer in recent American history, exactly two weeks after a group of ex-president Trump’s supporters stormed into the Capitol Hill building and leaving five people dead.

On top of that, Trump became the first president since Andrew Johnson in 1869 not to attend his successor’s inauguration, ahead of his second impeachment trial in the coming weeks.

The share of the streaming giant Netflix hit a record high of $586, up 17% yesterday, after it reported strong subscriber growth and share buybacks. Also, the shares gained an additional boost after the company announced that they would no longer need to borrow billions of dollars to finance its TV shows and movies.

Falling Treasury Yields weigh on the US dollar:

The 10-year US Treasury yields edged lower to 1.08% as investors expect Federal Reserve to continue with its dovish monetary policy and not taper until the end of the year.

The recent back foot in yields, together with the market risk appetite, and dovish Fed monetary policies have weighed on the greenback. The DXY-US dollar index, which tracks the greenback against a basket of major currencies, dropped below 90.20, only a few days after it reached 91 levels.

The EUR/USD pair advances back above 1.2140, the USDJPY slips near 103.400, the USD/CAD falls to a 3-year low of 1.2630. Meanwhile, the NZD and AUD extend gains against the greenback to 0.722 and 0.777 respectively on improved Aussie unemployment rates and higher commodities prices.

WTI and Brent crude prices advance near $53 and $56 per barrel respectively, over a growing optimism that the massive fiscal and monetary pandemic-relief packages will improve the global economic growth and hence the demand for petroleum products.

Furthermore, crude prices took an extra boost after China, the world’s larger crude consumer, shown an increase in fuel demand by 3%, a record high in the pandemic-shaken 2020.

Gold and Silver have gained traction recently, climbing to weekly highs of $1.870/oz and $26/oz, as they considered the ideal hedge against inflation and US dollar devaluation amid the $1.9T US stimulus.

Hence, the precious metals gain support from the dovish Fed, while the lower Treasury yields reduce the opportunity cost of holding non-yielding gold and silver metals.