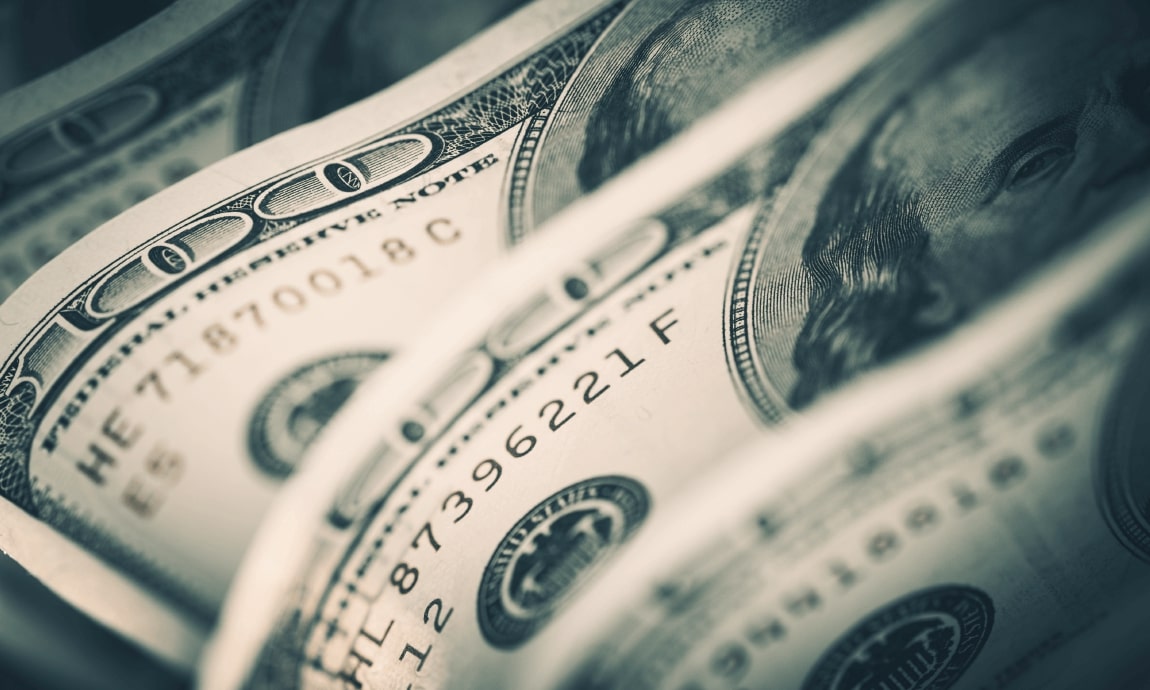 The U.S. dollar extends recent losses across the board as the dovish signals from the Federal Reserve increase expectations that U.S. inflation has peaked and that the central bank will slow the pace of interest rate hikes to assess the impact on the economy.

The dollar selloff resumed during Wednesday’s trading session hitting a fresh three-month low of 105,50 level, after the minutes of the Federal Reserve’s November meeting showed that a significant majority of Fed policymakers supported smaller interest rate hikes in the coming months. Fed officials would like to assess the impact of the monetary policy tightening and the surging interest rates on the economy and inflation, which would determine the size of future rate hikes in the upcoming FOMC meetings.

Let’s remind you that the Federal Open Market Committee raised its benchmark rate by 0.75 percentage points to a range of 3.75% to 4% at the conclusion of the last meeting on November 1-2, which was the fourth-straight 75 bps rate hike as many meetings.

About 80% of forex traders expect the Federal Reserve to slow the pace of rate hikes to 0.5% in December, according to Investing.com’s Fed Rate Monitor Tool.

While CPI inflation eased more than expected in October to 7,7% y-y, it remains well above the Fed’s 2% long-term inflation annual target, requiring more interest rate hikes by the central bank.

A weaker dollar and bond yields:

Since the FOMC's last meeting on November 02, analysts have been more confident that red-hot inflation pressure has started to lessen, meaning smaller rate hikes ahead from Fed to curb 40-year high inflation, which could lead to a softer dollar and bond yields.

Bond yields slid to their lowest levels in two months, with the benchmark 10-year Treasury yield falling as low as 3,68%, while the yield on the 2-year Treasury dropped to nearly 4,47%, adding further pressure to the dollar.

A weakening dollar and yields, the expectations of smaller interest rate hikes by the Federal Reserve, and the improved risk sentiment helped most growth-led currencies to hit multi-month highs against the greenback.

The Euro gained nearly 1% against the dollar climbing as high as $1,0450 for the first time since the end of June, the Pound Sterling extended recent gains to above the $1,20 key resistance level, hitting a fresh three-month high, while the Japanese yen jumped 0.6% to ¥138, near a three-month high.

Among Antipodean currencies, the Australian dollar climbed as high as $0,66, although gains were somewhat held back by Covid-led concerns over major trading partner China, while the New Zealand dollar hit a two-month high of $0,63, up 1,50% on the day, after the Reserve Bank hiked interest rates by a record pace of 75 bps to 4,25%, the highest of any G10 economy, and signaled more hawkish moves to curb inflation.