Markets edge lower ahead of a busy week with Fed’s rate hikes, earnings, and GDP data 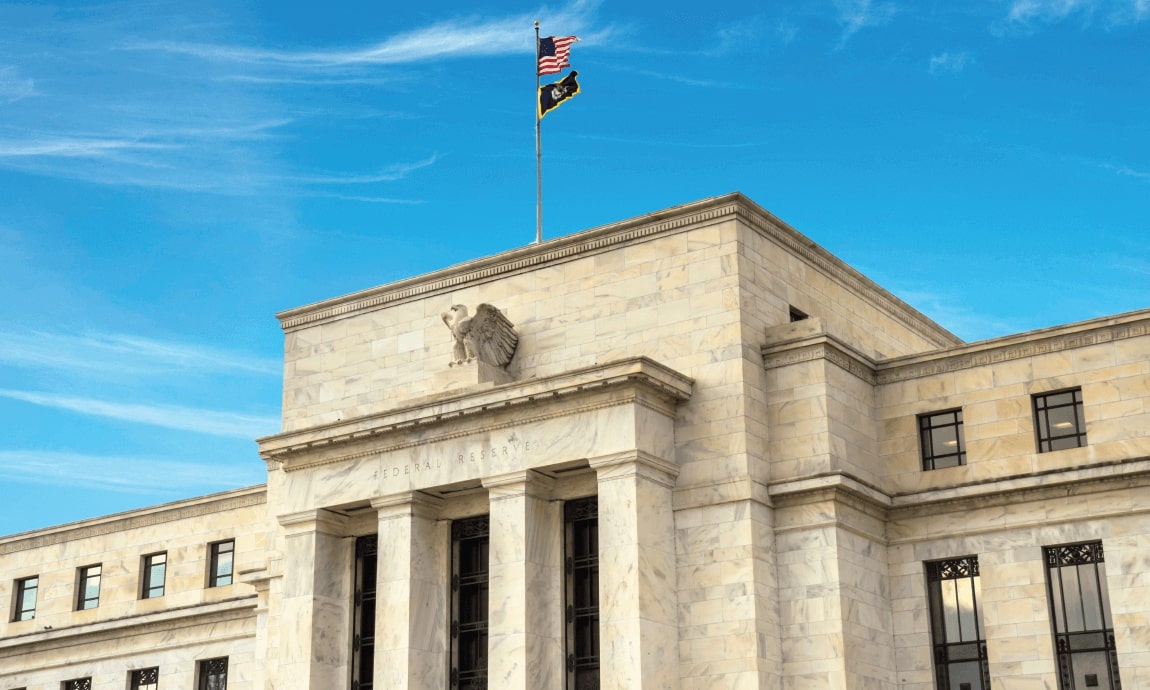 Global markets started the first trading session of the week slightly lower as investors brace for one of the busiest weeks of the summer ahead with many corporate earnings, while further rate hikes are expected at Wednesday’s Federal Reserve interest rate decision, together with U.S Q2 GDP data.

All eyes are on Wednesday when the Federal Reserve will conclude its July 26-27 FOMC monetary meeting where the central bank is expected to deliver a 75-basis point rate hike to curb the 41-year record high inflation.

Hence, the U.S. Advance GDP report for the second quarter of the year is expected on Thursday, which is likely to show another negative print for the American economy. Technically, two consecutive quarters of negative GDP is considered a recession.

Market participants are expecting a packed week of corporate earnings ahead that will include reports from major tech giants Alphabet, Amazon, Apple, and Microsoft, at time that nearly 70% of companies in the S&P 500 reported earnings higher-than-market expected.

As a result of the solid Q2 corporate earnings, all three benchmarks closed the previews week higher, with the Dow Jones and S&P 500 up 2% and 2.6% respectively, while the tech-heavy Nasdaq Composite settled the week up 3.3% on improved risk sentiment, and the weaker U.S. dollar.

Yet, the 10-year U.S. bond yield fell to near 2,78% and the 10-year German Bund yield dropped to near 1% on Monday morning as investors expect that a possible slowdown of the global economic growth outlook would force the Federal Reserve, the ECB, and other major central banks to slow their aggressive tightening campaign. 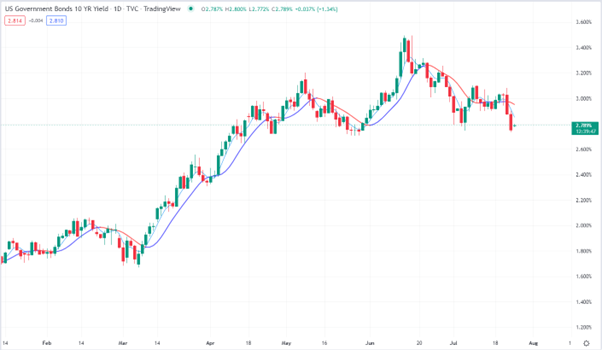 Brent crude oil prices kick off the fresh week with nearly 2% losses, breaking below $102/b, as the energy traders are concerned that the expected higher interest rates could damage the global trade and economic activity which may limit the demand growth for petroleum products, at a time when Libyan crude oil output resumed during the weekend.

The growth worries also weighed on commodities, with growth-sensitive Copper prices posting their worst weekly loss in more than two years, falling to as low as $3,10/lb before settling the week to near $3,30/lb.