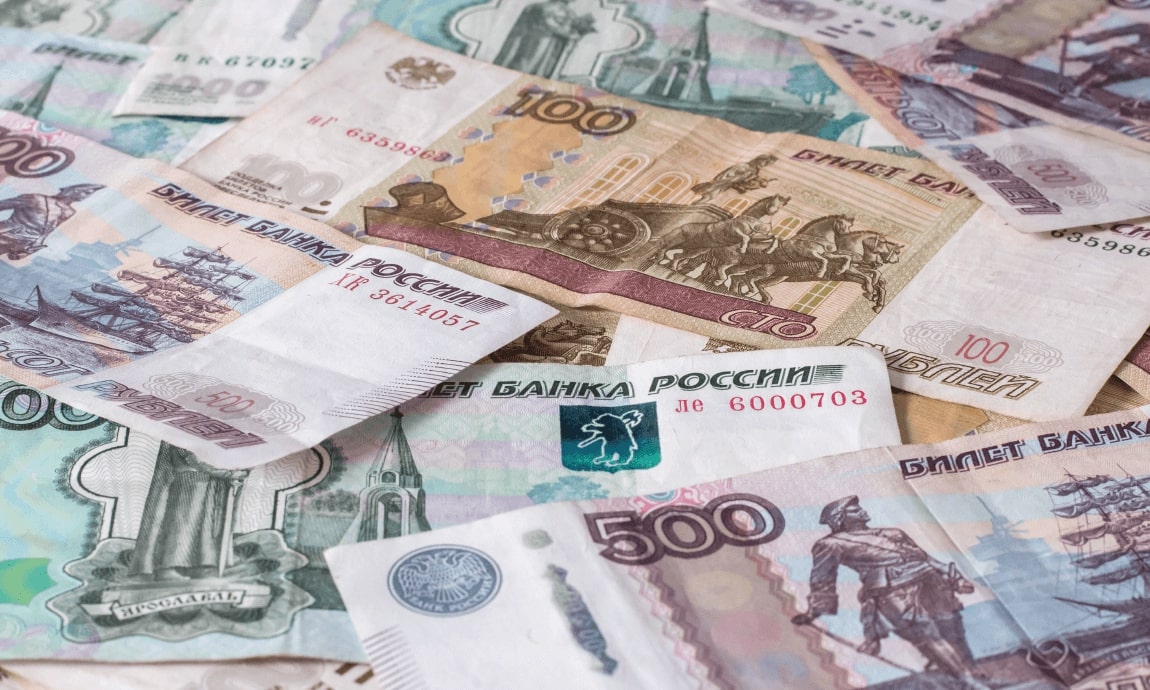 The Russian Rouble has become the world’s best-performing currency in 2022 as it continues to post fresh multi-year highs against its major peers and its up more than 10% against the U.S. dollar and Euro in 2022 so far, showing an unexpected resilience to the ongoing and unprecedented Western economic sanctions on the country after the invasion of Ukraine, and the record-high inflation. 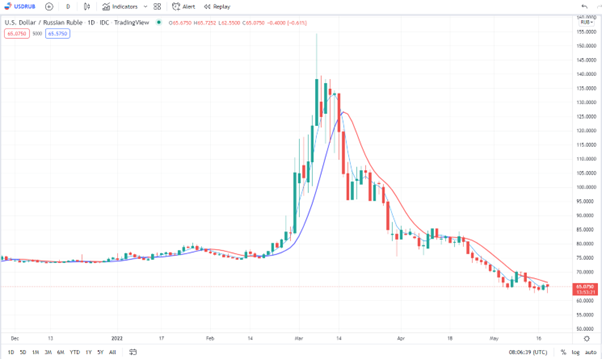 Rouble gained 2,5% to 66,90 against Euro on Wednesday morning, its highest since June 2017, while it added about 3% to near 63 level against the U.S. dollar, its strongest mark since early February 2020, despite the recent dollar strength across the board on higher rates by Federal Reserve.

The Rouble’s appreciation and resilience have surprised economists since it went from an all-time low of 155 and 168 levels to the U.S. dollar and Euro respectively on March 07, 2022, in the backdrop of the first sanctions against Russia in response to the invasion, coming up to the current mid-May multi-year high levels of 63-67 respectively.

The currency is getting support from multiple actions taken by President Putin to defend the falling Rouble in the aftermath of Western sanctions in early March.

One of the major measures that gave strong support to the currency has been the obligation of the export-oriented Russian corporations in the energy, metals, grains, and other exporting sectors to convert their sales revenues in foreign currency into the local currency.

Hence, Putin has demanded the natural gas sales be paid in Roubles instead of U.S. dollars or Euro, while the Central Bank of Russia had artificially supported the currency by imposing capital controls.

The inflation rate in Russia climbed to a 20-year high of 17,8% y-o-y in April vs 16,7% in March, at a time the Central Bank of Russia has already cut its benchmark interest rate by 3% to 14% at the end of April and prepares for another 2% rate cut in June according to cnbc.com. Furthermore, the strong Rouble could help subdued inflation by doing imports of goods into Russia cheaper for the consumers, increasing the demand and consumption.

Let’s remind that the Central Bank of Russia implemented an emergency rate hike from 9.5% to 20% in late February after the of Ukraine, in a bid to rescue the rouble which hit all-time lows as we explained above in the second paragraph.