Q2 Outlook 2021: Economies on track to recover, few catalysts for a major selloff 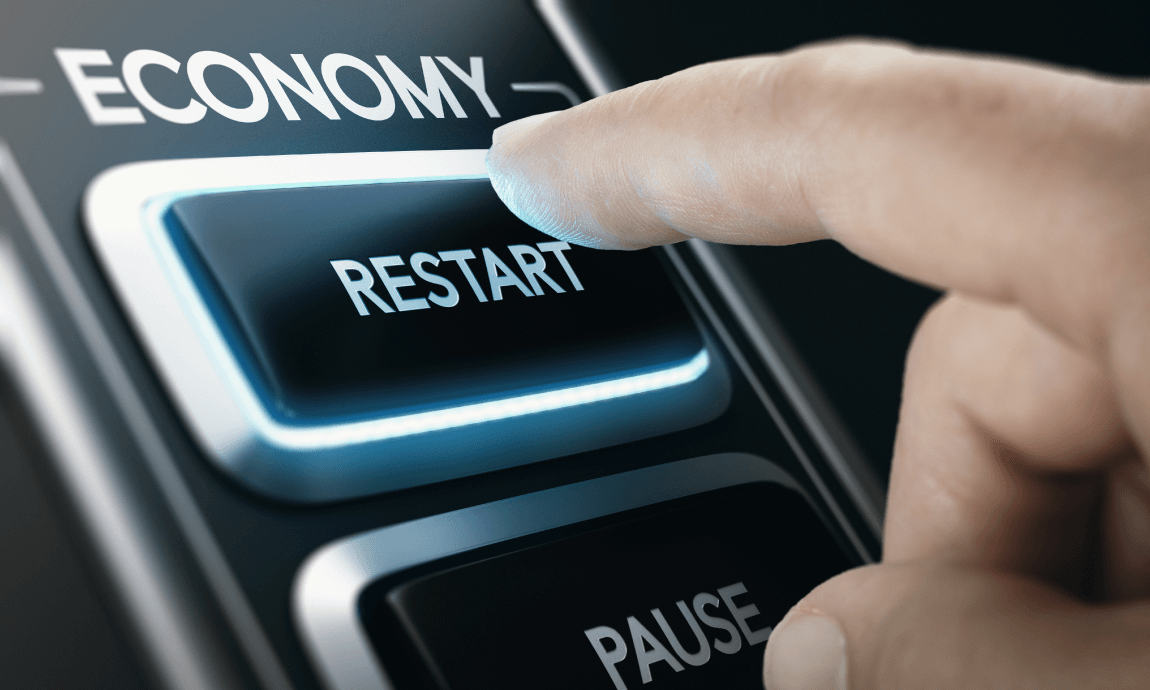 The other thing to point out is that markets have not caved-in as a result of certain parts of the technology sector correcting. For example, Tesla went from about $900 to about $550, a 40% correction, but markets didn’t even blink. Many other high-flying names such as Zoom Video Communications have corrected by 50%, and the EV space has been decimated, while others like Apple have gone nowhere since the begging of the year. Yet, the S&P Index is at record high. In my mind this means this bull market is still intact. However, investors will have to change their approach to the market and find new winners.

Another characteristic of the past several months has been the rise in yields, and a slight appreciation of the dollar vs the Euro. In my mind both should not be happening. Insofar as yields, central banks are still purchasing assets with their balance sheets recording new records on a weekly basis. And when yields go up, it means investors are selling fixed income assets. My question is where do they go and what are they buying? I don’t have an answer.

The second peculiar phenomenon is the correction of the Euro vs the dollar. While many point to yield differentials as the reason for the slight appreciation of the dollar, I am very sceptical. The main reason is that Europe still has a current account surplus vs the US. Insofar as yield differentials, the US has had higher nominal yields for about a decade now. So, I will take the yield differential explanation with a grain of salt. Also, European manufacturing is bouncing back thanks to Germany.

As the chart below shows, the current consensus is that the US economy will come roaring back in 2021. Is this a reason to be dollar positive? Not always.

Furthermore, as vaccine rollouts continue, we believe more cyclical currencies will benefit, as well as commodity linked currencies. Also, as volatility declines, we should see lower demand for safe haven currencies like the dollar.

How expensive is the market?

According to data from the Wall Street Journal (compiled by Birinyi Associates as of April 1, 2021), the current trialing PE ratio of the S&P 500 in the US is about 45. Yes, this is a very big number, if not scary. However, the more important number is the forward multiple.

If analysts are correct, the forward multiple of the S&P 500 index is about 23. Yes 23 is also a high number from a historic perspective. However, as we have said almost from the start of the pandemic, we expect a multiple expansion for the index because of the liquidity created by Central Banks. As such, while I am uncomfortable with today’s valuations, if things go according to plan and economies grow, this time next year the multiple should be more down to Earth.

Obviously if anything distracts or derails the recovery then all bets are off. Also, we can have a correction for no reason at all, because that’s what markets do from time to time. And given the current rich multiple, a correction would not surprise me. While we currently do not foresee a major correction, we are vigilant of a market correction even if nothing derails the economic recovery.

Economic recovery is on track with fiscal and monetary support

Europe is forecasted to grow 4-5% in 2021 depending on who is making the call. The recovery in Europe will probably stall a little because of vaccination delays. However, about 300 million vaccines will be administered during the 2nd quarter and beyond, therefore economic activity in Europe should catch up.

As for the US, many say that it will be the global growth driver during 2021. And they are probably right. The latest ISM services index reading rose to 63.7, the highest reading on record since the data series started in 1997. At the same time (chart above) Germany’s manufacturing sector is firring on all engines, which also mean economies will do much better in 2021.

Finally, fiscal and monetary policy remain supportive both in Europe and the US, and will continue for some time. The US administration’s proposal for a $2.25 trillion infrastructure spending bill is indicative of the support from governments to cope with the pandemic. In fact, fiscal support will act as a tailwind for economies for several years to come.

Oil prices have rose 150% during the previous year, as have many other commodities (such as metals 60%) which are fuelling inflation expectations. Indeed, with fewer new COVID cases on the horizon and with movement restrictions being lifted, we will see pent up demand across the board in most economies. Household demand for purchases like furnishings, automobiles, and many other durable goods are likely to see an up-tick in pricing. As such inflation will should tick-up in the US and many other countries.

However, it’s difficult to see inflation expectations playing out longer term. On the one hand inflation is measured against depressed price points of last year, and on the other, longer term pricing for goods, services, and wadges are still subject to international competitive pricing and global deflationary pressures. So, while we might see an up-tick in inflation short term, we see this as a transitional period as economies open up again and return to normality.

Insofar as how the market might react to inflation expectations, we think that a correction as a result of inflation fears will be a buying opportunity.

Will there be fallout from Archegos Capital?

Irrespective if the unwinding of Archegos did not cause any damage to the market, there are questions as to how prime brokers might  change lending practices from now on.

If risk management policies within these firms permitted funds like Archegos to have such high leverage, might this be standard practice in all prime brokers? Is so, have many of the stocks that have no valuation logic gone up so much because of this overextending of credit?

I don’t have an answer to these questions; however, it is sure that risk policies will be changed in the industry and investors have to adjust to the possibilities that many of the valuations that make no sense were a result of such practices.

The bottom line here is be wary of extreme valued stocks, because in many cases some of these extreme valuations might not be seen again any time soon.

As we have said in previous letters, while markets remain at all-time highs, we don’t see any catalyst for a major market correction in the US or Europe. While we are always vigilant of a market correction, until such a catalyst emerges, we will assume a correction to be a buying opportunity.

Having said this, it would also not surprise us if the major indices declined this year. Stocks like Apple and Amazon are rich enough on their own, no catalyst is needed for them to correct. At the same time however, they are in just about every ETF under the Sun.  So a major selloff in equities will be needed for these stocks to decline and take the market down. As I write these words, I see no reason or catalyst for such a selloff.